Similar to other industries, there is a lot of interest and hype around machine learning and artificial intelligence possibilities in the travel world. It might be surprising to some that the travel industry has been an early adopter of technology in that the first reservation systems were created in the late 1950s and early 1960s.

However although the travel industry seemed to have an early start in technology, it didn’t really evolve quickly after that. There was a large gap between the mid 20th century until the 1990s, where there really was no change in booking processes or data collected. In fact, it seemed that the industry had a hesitancy around electronic automation. The International Air Transport Association (IATA) for instance had to mandate in 2008 that IATA-member airlines would no longer issue any paper tickets.

And although some changes have occurred since then, a number of systems are still quite clunky and do not work well together.

But what's next for travel data?

In this new downloadable PDF, this paper takes a look at: 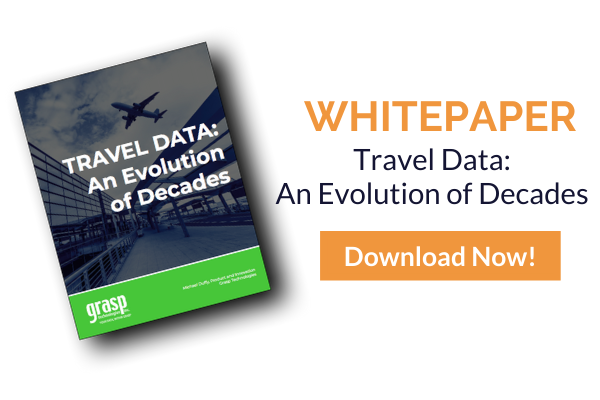 The story of travel is a story of technological innovation. Cars, interstates, expressways, ocean liners, and air travel...

There tends to be perceived concerns from many companies when their data leaves a country or region.  For many industrie...